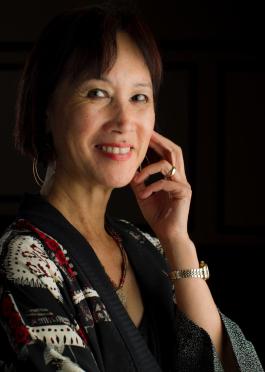 Mark your calendars for Sunday, June 2, 2pm for a presentation, book signing and Q&A with Bestselling Author, Tess Gerritsen.  Her first novel, Call After Midnight, was a romantic thriller published in 1987.

Her first medical thriller, Harvest, came out in 1996 and made it onto the New York Times Bestsellers list.  Besides her books, Ms. Gerritsen has written screenplays including for the t.v. movie “Adrift” which starred actress Kate Jackson.  Her popular series of novels featuring homicide detective Jane Rizzoli and medical examiner Maura Isles were brought to t.v. in the series “Rizzoli & Isles” starring Angie Harmon and Sasha Alexander.

In 2006 her book Vanish won her the Nero Wolfe Award (a literary award for excellence in the mystery genre.). Then in 2002 she won the RITA Award in the Romantic Suspense category for her book, The Surgeon.

She has been called the “medical suspense queen” by Publishers Weekly and can claim Stephen King as one of her fans.

The Meeting House is located at 177 Main Street, Winterport.  Admission is by donation and seating is first come, first serve.  For more info, call 207-659-0052.

The Winterport Union Meeting House is a registered 501(c)3 non-profit.

We are a 501(c)(3) non-profit organization.  Our purpose is restoration and maintenance of the Meeting House, Winterport’s historic landmark.